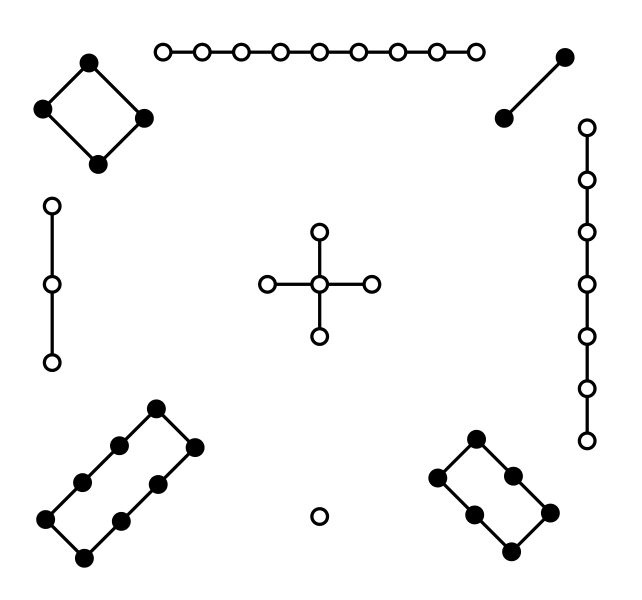 The method of prediction by date of birth that I am going to introduce is 9 Star Ki.  Most of you should have heard of its name before, but chances are you don’t know what it actually means.

Some people think 9 Star Ki is a Feng Shui tool, some think it is a destiny analysis tool, but very few people know that it could be used for divinatory purpose to tell the future.

Before learning how the future telling actually works, let us first know the basics.

9 Star Ki is an ancient way of fortune telling that could be traced back to thousand years ago.  It is based on the Lo Shu Square (洛書 in Chinese), a.k.a. Nine Halls Diagram (九宮圖 in Chinese).  There is a story related to this diagram.  It was said that, when a legendary hero, Xia Yu (夏禹 in Chinese), was travelling around the territory to treat flooding, one day a giant turtle emerged from a river.  The shell of the turtle shown the following pattern, which are nine numbers presented in dots linked by lines: If you think about it, you will find that this is actually a magical square.  The sum of all numbers in each row, column or diagonal line is 15.  Since the central number is 5, so the sum of the two numbers in opposite corners or sides must be 10.  How interesting it is!

The theory behind 9 Star Ki is exactly Lo Shu Square.  There are nine boxes in the Nine Halls Diagram, each with a number.  You can consider these nine numbers “nine stars”.  Each Star has different characteristics.

According to 9 Star Ki theory, each person is represented by one of these nine Stars, from one to nine.  For example, if you belongs to the Ninth Qua (九命卦 in Chinese), you more or less have some of the characteristics of the Star Nine.

Once your representing Star is known, you know if a particular year, month, date or hour is a lucky one for you, by checking the compatibility of your own Star and the prevailing Star of that particular moment of time.  This is the foundation of 9 Star Ki future prediction.

Since this method of prediction by date of birth is related to your year of birth, basically all you need to know to do the divination is your date of birth and the prevailing Star of the time.

The tables below show the representing Star of people born in different years.  Please note that in the same year, male and female could have different representing stars. Try to find your representing Star (Gua) by referring to the above table.  Know it and we shall move on to the next lesson of prediction by date of birth in the next article.  See you!