Explaining the bad effects of roads in Feng Shui with a real case. Avoid residences with busy roads nearby! 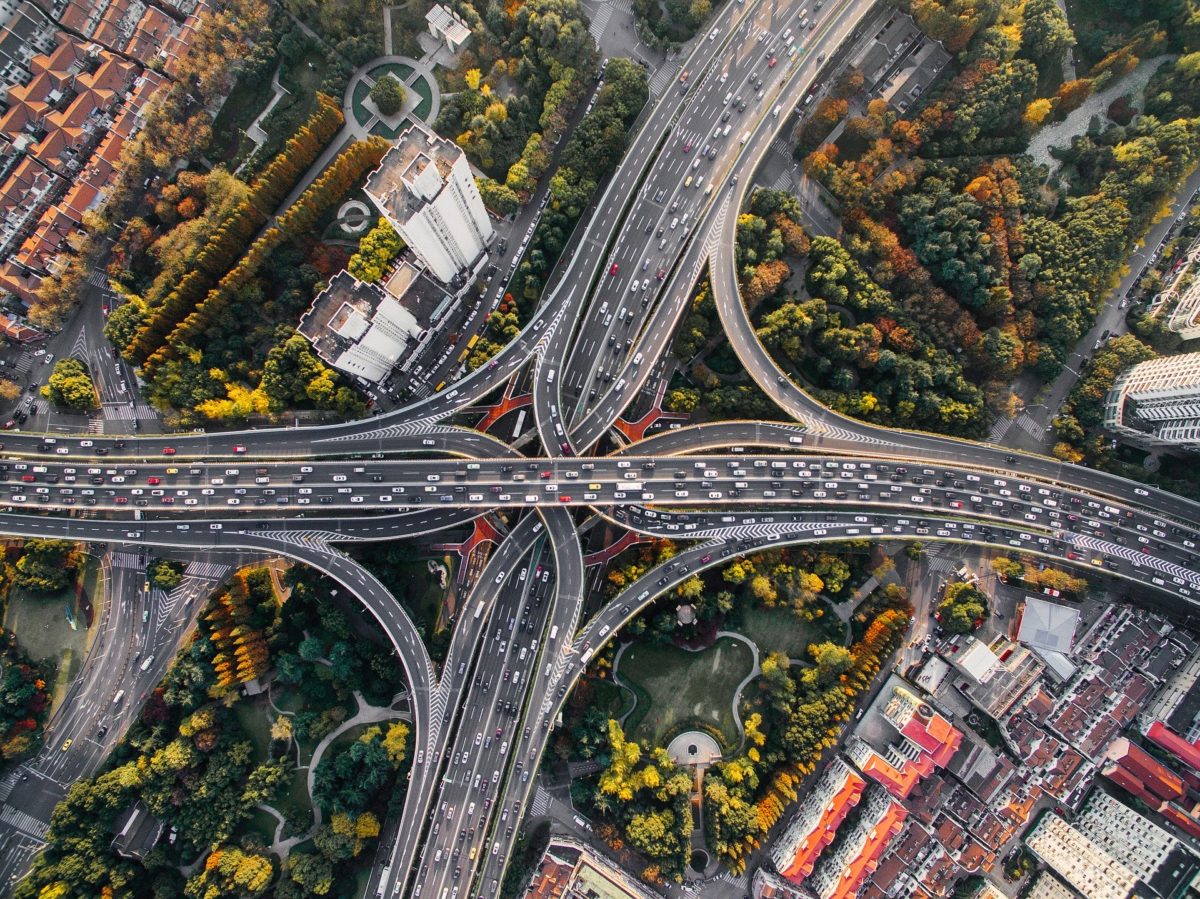 We examined the nature of roads in Feng Shui in the last article. This time, let’s go into details of the bad effects of roads.

The busier a road, the greater the noise that it brings. We all know that roads are sources of noise pollution. Roads with busy traffic are especially annoying.

Another by-product of vehicular traffic is exhaust gas. Needless to say, the exhaust is bad to health.

According to Feng Shui theories, noise and air pollution are “Sha”, i.e. bad Feng Shui. The presence of noise and bad air could cause bad Feng Shui that affects health. If the source of pollution is located in a direction where the bad flying stars are located, the consequences would be even worse.

I have came across a real case, in which a young guy lived in a housing estate in Hong Kong. There was a busy highway outside his building. This highway was very close to this gentleman’s home, just outside the windows of the living room, and this was where the bad Flying Stars located. He had absolutely no problem with making money after he moved into this home, but his health got worse over time. Two years later, he was diagnosed with cancer.

I think it could be fairly say that, even if the highway did not cause any Feng Shui problem, the noise and waste gas emitted by the vehicles had adversely affected the health of the occupants in this building. From Feng Shui point of view, the power of bad flying stars could add to the adverse effects and may contributed to the health problems faced by the occupants, if any.

Now you know, roads are usually not good for health from Feng Shui point of view. If possible, choose a residence that is not close to any busy roads. 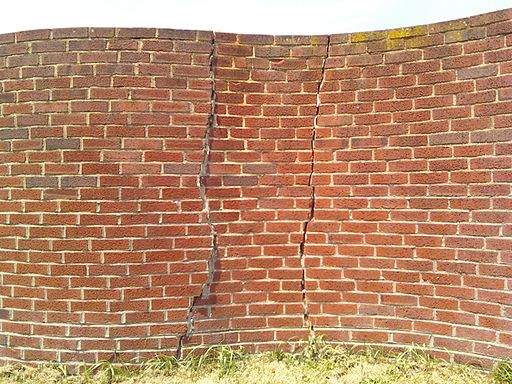 Over the years, I have heard so many rumours about how bad Feng Shui at home could cause bad relationship.  These rumours sound very reliable because they are usually supported by Feng Shui theories that seem to be correct.  In this article, I am going to explain whether these rumours are correct or not.

A very commonly heard Feng Shui myth is that if you found cracks on the walls of your house, your marriage would be bad.  The advocates of this theory suggest that since cracks mean breakage and separation, more cracks at home means higher chance of divorce. This is absolutely wrong.

If you know a little bit of home decoration, you would know that the plastering on wall is prone to cracks due to natural shrinkage.  And if your house is more than 10 years old, most probably there would be one or two cracks on the wall, not to mention those on the ceiling and floor.  Basically, it is impossible to find a house without any cracks.

So cracks by themselves would not cause bad marriage.  But if the cracks are the result of defects in the building structure, say ground settlement, the defect itself may cause Feng Shui problems.  And certainly, even if you don’t believe in Feng Shui, you would not want to live in a house with structural problems, right?

Traditionally we believe the Feng Shui of the kitchen affects the housewife of a family.  This is why many Feng Shui myths related to bad marriage concern the kitchen design. You may also have heard of that if there are two refrigerators in a kitchen, the chance of the husband having an affair would be high.  Basically, all these rumours are supported by a fundamental belief, that there should be only one kitchen and everything in the kitchen should be the only set in that kitchen.  Following this principle, you may even say that there should not be two ovens or wash basins in a kitchen.

These are all nonsense.

Firstly, it is not uncommon to have two housewives in a house.  If there are three generations living in the same house, it is just normal to have two or three housewives under the same roof!  And you can tell by common sense that, unless you live alone there are usually more than one stoves in your kitchen!  Don’t believe in these bullshxt theories!

Some people believe that ivy, or hedera, hedera helix, etc., planted inside a house may cause bad marriage.  The idea behind may be that ivy is a climbing plant that is attached to a base structure, so it carries the meaning of having a third person clinging to a family member’s marriage.  And the stems of ivy is not straight but curved, so it may mean hiccups in a marriage.

Again, this myth is totally wrong.  In contrast, ivy is a good Feng Shui plant that may bring wealth if used properly.  While analogy is widely used in Feng Shui, it does not mean that you can arbitrarily make a conclusion simply because the shape of something looks like something else.

To conclude, Feng Shui has an effect on relationship and marriage but it is not the only factor.  The key to a successful marriage is the efforts that the couple made to maintain a good relationship.  If the love is real, it is unlikely that a plant or two stoves at home could cause any damage. 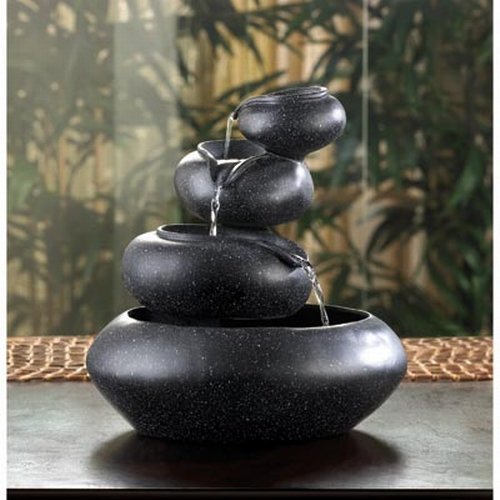 In the last article in this Feng Shui Myths series, we have discussed the use of lucky color to boost luck.  This time, we shall examine another popular topic in Feng Shui, i.e. the use of Feng Shui products.  Do you really believe that these stuff could bring better energy?

Most of the time when you seek help from a Feng Shui master, he would suggest that you place some Feng Shui accessories at home or in the workplace.  There are a large variety of Feng Shui accessories used by Feng Shui practitioners, the most commonly used ones include water fountain (this one is extremely popular), water column, wealth ship, wealth fog, Ba Gua, Feng Shui coins and Wu Lou.  Let me explain their effects.

These two are perhaps the most commonly used Feng Shui accessories.  Whenever we talk about using Feng Shui to bring wealth, we inevitably talk about the use of a water feature.

The logic behind using water fountain / water column is that water represents wealth.  So once we identified the direction where the”wealth star” locates, we should place a water feature there to enhance the power of the “wealth star”.  Both water fountain and water column are features with running water, so they are considered bring a dynamic stream of wealth. Is this true?  Yes.  Water features, if placed correctly, could bring better luck in wealth growth.  According to the Five-element Theory, the “wealth star” has a “water” characteristic, so placing water in that star’s direction could strengthen the power of that star.

END_OF_DOCUMENT_TOKEN_TO_BE_REPLACED 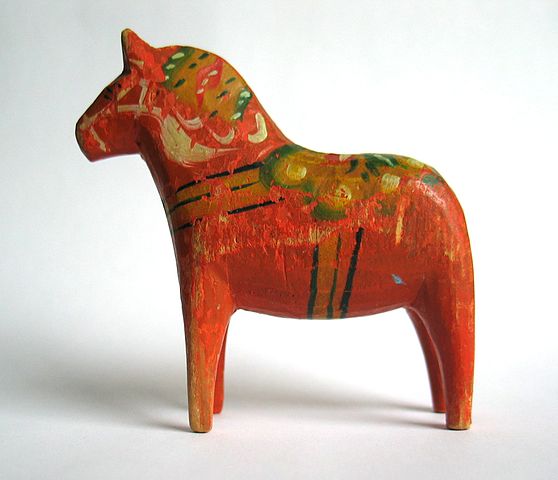 Thank you for reading this article.  You may have noticed that the topic begins with “Feng Shui Myths”.  It is my new attempt to write a series of blog posts surrounding a common topic.  I have chosen the “Feng Shui Myths” theme because I found that there are many commonly discussed Feng Shui ideas that people usually assume to be correct without trying to verify them.  I want to use my blog as a platform to clarify these ideas.  You will find that some of them are correct while some are actually wrong.

I will begin this series with a frequently asked question.  Many, seriously many, people ask me what is the lucky color for a particular year.  Their questions are not what is “my luck color” in this year.  They simply ask for the lucky color of a particular year, a “universal Feng Shui color” that is lucky for everyone on earth.  For example, many people think that the 2014 Feng Shui color is green.  Do you know why?

Feng Shui Color for A Year

In Chinese, there is a system to represent a year.  It comprises of two Chinese characters.  For example, 2014 is the year of 甲午 (Jia Wu Year).  The second character is directly related to the zodiac sign of the Year.  午 (Wu) is the Zodiac Horse.  The first character of 2014, 甲 (Jia), belongs to the “Wood” element.  This is why people say 2014 is a Year of the Wooden Horse. According to the Five-element Theory, there are “Generating Interactions” among the five elements.  Every element is generated by another element.  For example, “Wood” is generated by “Water”.  In this sense, “Water” is a good element for “Wood”.  For a “Wood” year, “Water” is a lucky color.

Besides, the element of the year is also good in that year.  Obviously, “Wood” is a good element for a “Wood” year.

Lucky Colors for 2014 Year of Horse

So, for 2014 Year of Wooden Horse, any color belonging to “Wood” or “Water” elements are lucky.  Green color, in any intensity, belongs to “Wood”.  This is the reason people say green is luck in 2014. Why don’t we use “Water” colors?  In fact you can, but it is most powerful to use the color of the same element as the year, so green is preferred to blue.

The Use of Lucky Colors

Usually when people ask me what is the lucky color for that year, I would say that the luck color of the year is less important.  What really matters is your own personal color.

There are two reasons.  Firstly, to match the lucky color of each year means that you need to repaint the walls of your flat, buy a new car and replace all shirts before a new year begins.  It is impractical.  Secondly, your personal lucky color is more powerful.  It affects you for your entire life.  What bother to use the yearly lucky color if you already have a powerful personal lucky color?

I have previously written a post about Feng Shui color.  You only need to know your year of birth to find out your personal lucky color.  Check it out!