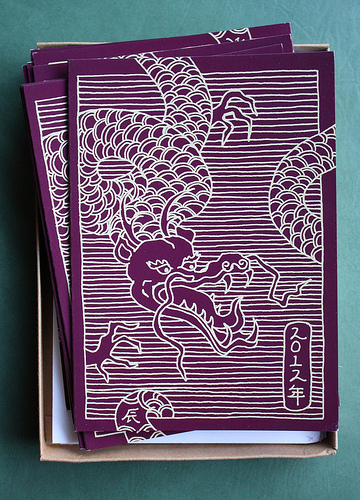 This is a good year for career and wealth, due to a good star Tian-xi and the positive impact from Tai Shui.  However, there may be some concerns about health.  All in all, this year should be better than the last, when you were directly affected by the Dragon Tai Shui. It is quite likely that you would have big expenditures in this year due to new house, new car, wedding, new baby, etc. so you should carefully plan your cash flow.  For business owners, your business is thriving that may bring better revenue, but please beware of disagreements between shareholders.

END_OF_DOCUMENT_TOKEN_TO_BE_REPLACED 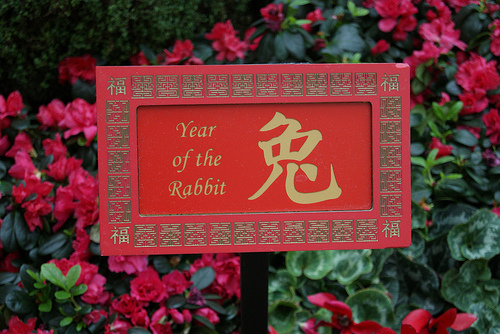 This year, with the good Wan Chang Star, you would have good luck in study as well as career advancement, especially for those who work in the office or in the creativity industry.  Despite this, there is also a bad star that may turn good things bad, so you should still be prepared for anything bad that may happen. This year, Rabbits should not participate in risky speculative investment.  If you really want to have investment, only do those with lower risk.  If you run a business, you may extend the footprint gradually based on the existing customer base.

END_OF_DOCUMENT_TOKEN_TO_BE_REPLACED 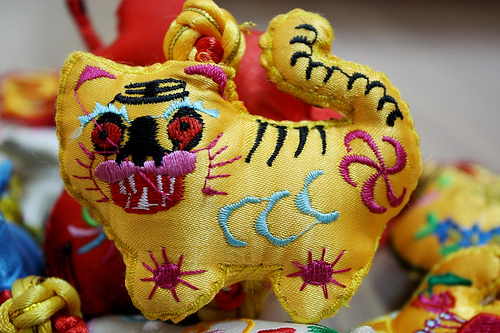 General Forecast of Tiger in Year of Snake

This year people of Tiger zodiac sign would be adversely affected by the Tai Shui of the year.  There may be bad people causing trouble to you, spreading rumors about you.  There would be obstacles in your career life and you are prone to bad interpersonal relationships.  Please beware of what you say to avoid attracting troubles. Wealth Forecast of Tiger in Year of Snake

This year you have high chance of losing wealth.  You should avoid making any big business decisions or making big investments.  You should also be cautious that, as mentioned above you have bad interpersonal relationships, there may be disputes leading to financial loss.

END_OF_DOCUMENT_TOKEN_TO_BE_REPLACED 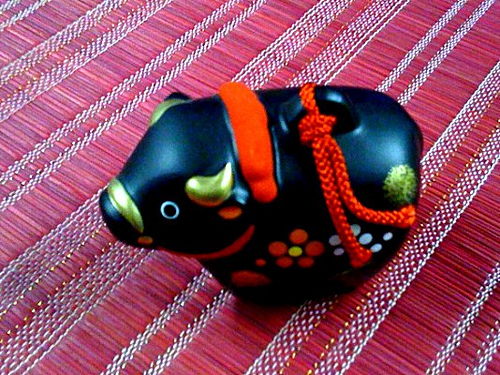 Year 2013 is a very good year for people with Ox zodiac sign in terms of work, career and  wealth.  This year you could have a lot of opportunities, you have large room for development and making progress.  You can find noble people who are willing to help.  Ox is one of the lucky zodiac signs in the coming Year of Snake. Wealth Prediction for Ox in Year of Snake

Due to two good stars, your luck in both Ching-choi (money earned from regular salary and profit) and Pian-choi (money earned from other channels such as gambling, lucky draw, etc.) are great, but you need to make sure you make your investment decisions carefully.  There may also be big expenditures such as buying a new house, new car or sudden and unexpected use of money, so you should be prepared for it.

END_OF_DOCUMENT_TOKEN_TO_BE_REPLACED 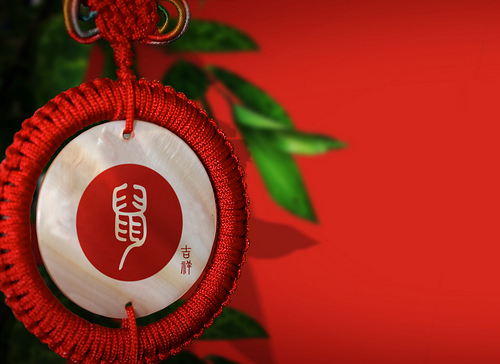 General Forecast for Rat in 2013

Zodiac Rat has generally good fortune this year, can seek help to get fame, wealth and career promotion.  This is the right time to capture any opportunity that arises for your personal advancement.  Yet, there is sign of having litigation, so you should stay away from troubles and illegal things. Wealth in the Year of Snake is good, as long as you make efforts, there is a good return.  Both Ching-choi (money earned from regular salary and profit) and Pian-choi (money earned from other channels such as gambling, lucky draw, etc.) are in prosperity, but you should be aware of beware of the harm brought by other people, especially those people who work in the government or with high authority.

There is a bad star that could bring sudden downturn in this year.  In other words, while things may be progressing smoothly, they may turn bad suddenly.  Be prepared for any changes.

END_OF_DOCUMENT_TOKEN_TO_BE_REPLACED 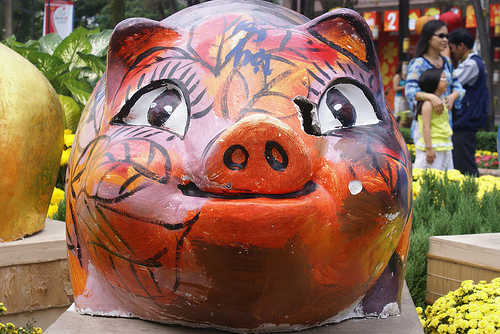 This year you are adversely affected by the current year’s Tai Shui, so you could experience more changes.  There are no good stars that could help, so you would need to count on your own. If you run your own business, this is a year when you would need to work hard and long hours without earning much.  This is also a bad year for investment, so please stay away from speculative investments.  Also beware of loss of money due to lending to friends and relatives.

END_OF_DOCUMENT_TOKEN_TO_BE_REPLACED 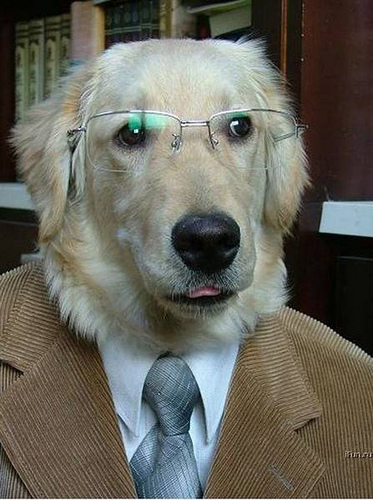 General Predictions for Dog in 2013

2012 should be a so-so year for Dogs, due to the effects of some bad stars and the bad effects of the Tai Shui star.  Compared to last year, you should have fortune in 2013.  Due to the positive effects of the current year’s Tai Shui, things should be fairly smooth. Wealth Predictions for Dog in 2013

END_OF_DOCUMENT_TOKEN_TO_BE_REPLACED 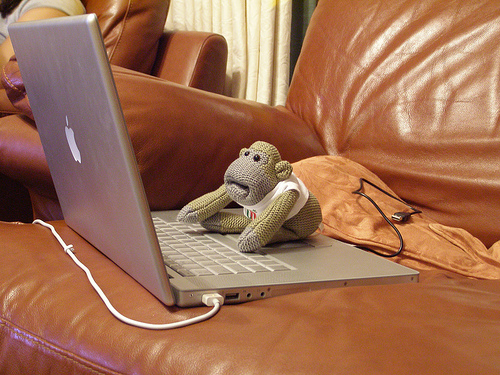 To conclude Monkey’s fortune in the Year of Snake, a fair way of saying it is the good and bad going hand in hand.  There would be noble people helping you, as well as people who are determined to bring trouble to you.  So, one advice to you is to stay calm and focused, think twice before making decisions. This year your luck in investment and making money is not bad, there are chances that you can make money in joint hands with others.  However, there are also chances that due to disagreements in allocation of interest there may be disputes.  To get rid of troubles, make sure you handle accounts and money carefully.

END_OF_DOCUMENT_TOKEN_TO_BE_REPLACED 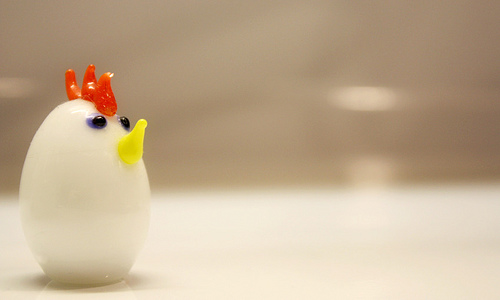 Snake is always a good companion of Rooster.  Since this is the Year of Snake, you could get support from this year’s Tai Shui.  There will be good chances that you should take, and there is a good chance of getting support from others. You could expect to grow your wealth steadily this year.  However, there is also a sign of spending big money.  So, a word of advice is to spend wise.  Try to spend money on valuable things that could maintain value in the long term.

END_OF_DOCUMENT_TOKEN_TO_BE_REPLACED 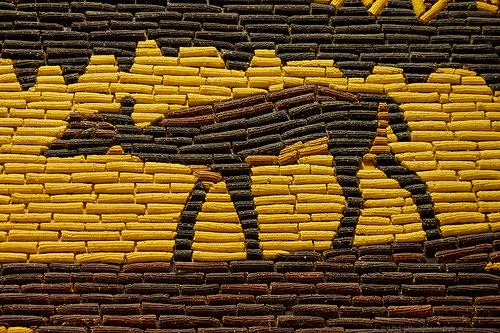 This year your fortune is weaker because of the absence of good stars an a few bad stars.  You would feel frustrated due to obstacles hindering your achievement of goals in the workplace, study, family and daily life.  You may feel greater pressure, so you should be prepared to adjust your mind to get through this year. Due to the bad star Xang-mun, you should not make big or speculative investment in this year.  And although there may be friends or relatives giving you recommendations, think twice before following any of these suggestions because you may lose money.  You should be prepared to accept that the actual  wealth you make would be less than you expected.

END_OF_DOCUMENT_TOKEN_TO_BE_REPLACED 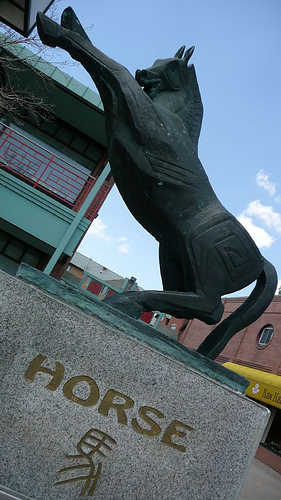 General Forecast for Horse in 2013

The general fortune of Horse in 2013 is fine, although there is a bad star coming, it would basically create hiccups and minor obstacles only.  As long as you work hard and with the help of nobel people around you, you can solve the problems easily. Wealth Forecast for Horse in 2013

Your overall luck in wealth is OK in 2013, you may find more help from male, so if your work or business requires you to work with male, you could expect a fairly good income or revenue.  For Pian-chai (money not earned from regular job or business, e.g. gambling and investment), you could expect moderate earning, remember not to make big speculative investments.

END_OF_DOCUMENT_TOKEN_TO_BE_REPLACED 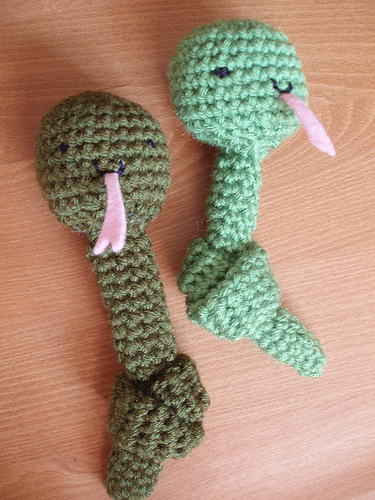 You probably know that if the year’s zodiac sign is the same as your own zodiac sign, this is not a good year for you.  We call this kind of year as your Tai Shui year.  Tai Shui year is meant to bring changes.  So to curb the bad effects, it is best to bring changes by yourself, e.g. getting married, having a new baby, change your job, etc.  Due to the ever-changing situation, you may feel mental and physical tiredness. Given the uncertainty in this year, you are advised not to go for completely new projects or investments.  Try to focus on what you are working on or investing on and maintain it.  Otherwise there is chance of loss in wealth.