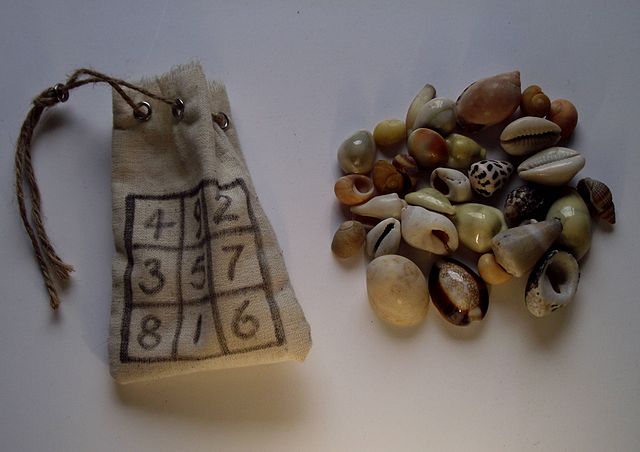 Feng Shui and Chinese Astrology has long been the major focus of this web site, but on and off there are readers writing to me inquiring about other aspects of numerology, including fortune telling, destiny analysis, face and palm reading and date selection.  To meet these demands, I am going to expand the scope of my writing to include other topics that readers are interested to know.
The first topic I would like to cover is divination, i.e. the prediction of the outcome of an event.  Some people call it fortune telling.  Although there is a fine difference between the two terms, let’s just use them interchangeably.  There are lots of different methods of divination in Chinese numerology (or metaphysics, as some people say). The most commonly used divination methods, such as Qi Men Dun Jia (奇門遁甲 in Chinese) and Liu Ren (六壬 in Chinese), rely on the exact time that the prediction is made.  For example, if you ask me to predict the result of the job interview, I’ll use the time when you asked me, say, 4:06pm, to draw out a Map (盤栻 in Chinese), to interpret the likely result.  This kind of divination could produce highly accurate result due to the fact that you are examining the prevailing state of the energy in the prevailing time and space and how the energy would affect the questioner.
However, it is not without drawbacks.  Since Chinese numerology divide a day into 12 sections only, each section equals to two hours, there would only be 12 Maps for a day.  If there are more than one people asking you to do the prediction in the same section of the day, you will have to base your analysis on the same Map.  Imagine you have five friends coming to you together to ask for prediction, you would wonder if your prediction result is still correct.  Of course, there are some advanced techniques that help us in this situation, I have seen a maximum of seven people’s case being analysed using the same Map.
Another kind of divination does not base the analysis on time but the action taken every time when the prediction is done.  These methods include I-ching divination (易經占卜 in Chinese), Word Prediction (測字 in Chinese), etc.  When using these methods, you perform a series of actions to draw out a Qua (卦 in Chinese) every time.  Literally, you can draw out infinite number of Quas in an hour.  These methods could also produce accurate results but usually tools such as coins and cards are required.
There is also a third kind of divination which is basically “asking the god”.  Since this web site is not for the examination of religious belief, I would not go into details of this kind of divination.

What Can be Predicted through Divination?

People usually use divination as a means to probe into the possible outcome of some important events, such as:

Basically, what you could imagine could be the subject of divination.

Feng Shui DIY is a web site for enabling people to do Feng Shui by themselves.  The same belief applies to other aspects of numerology.  In the coming articles, I am going to introduce to you a very simple way of divination, i.e. Nine Star Ki (my version).
You may have heard of Nine Star Ki before.  It is commonly known as originated from Japan and is usually used for destiny analysis.  In fact, it is originated from ancient Chinese society!  And it could be used for fortune telling!
You can learn my simplified version of Nine Star Ki quickly and begin to apply it to your daily life.  Although it cannot provide the same amount of details as other destiny analysis and fortune telling methods, it is easy to learn yet good for daily use.

I Do Divination for You

But if you are still not sure if you can master the Simple Nine Star Ki, here is a good news.  I am going to offer to do divination for the readers of this blog and my fans on the Facebook Fan Page, all for FREE.  You don’t need to pay a cent, just let me know the background of your case, I can do it for you.  More details will be announced soon.
So, let’s get yourself ready.  You journey to Divination will soon begin.  Stay tuned!