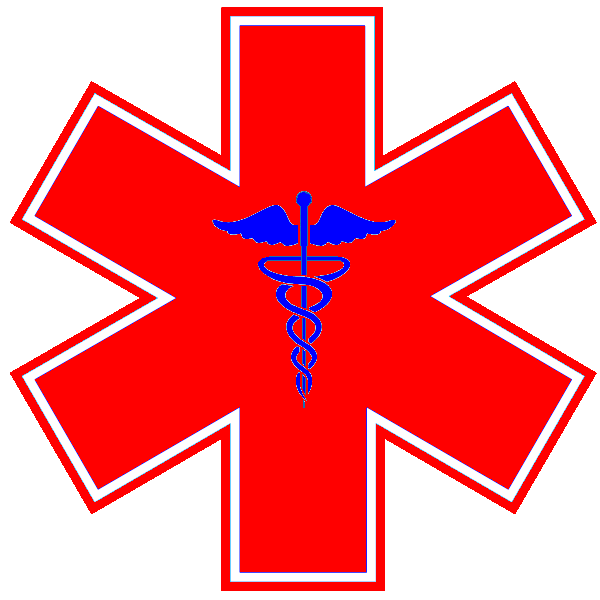 It’s another week, we are back to the Feng Shui Master Class.  In the last two lessons, we have gone through five cases related to wealth and fame/job promotion.  After reading these cases, you should have realized that Feng Shui is much more than memorizing the rules.  You really need to match the external environment, interior layout and the status/need of the client to come up with a tailor-made solution.  There is really no such thing as universal Feng Shui setting that is applicable to all buildings.

This week, we’ll come back to a very commonly sought for Feng Shui goal, health.  We shall read two cases that illustrate how Feng Shui could affect the health of the occupants.  Although you probably would not live in a house with exactly the same situation, you would definitely be able to learn some ass-kicking Feng Shui techniques from these cases. This is a typical case of how wealth and health may not co-exist in some Feng Shui cases.  The subject house was owned by an entrepreneur in Hong Kong whose last name is Ho.  The house was built in 2006, which was during the Eighth Period.  It was a detached house of three storeys, the whole house was owned by him and occupied by his family.

Below is the Flying Star Map of Mr. Ho’s house: Let me first explain the external environment.  The house’s entrance door opens into West.  In front of the door was a garden with a large fish pond.  Mr. Ho loved keeping Koi (a kind of ornamental fish which is very expensive and popular in Japan and China).  There were eight fishes in that pond.

Mr. Ho has a son who was 16 years old when the Feng Shui analysis was done.  He lived in the Southeast corner on the first floor.  He loved this room because the windows open into Southeast for plenty of sunshine and cool wind.  (In Hong Kong, from micro-climate point of view the best direction to face is South because it is where the winds comes in Summer while the sun light would be adequate while not too much.  In winter, such orientation is also good because the cold wind comes from North, having no windows facing North helps to retain warmth in the room.)

Dear Master Class member, do you see any problem in the Feng Shui design?  Do you agree with the Feng Shui master that fish pond and bed orientation could help to achieve the goals?

This is 31st week’s content. Please wait until the 31st week of your subscription. Thanks.

The Problem of Double Stars to Water

Let us analyse the fish pond first.  In the Eighth Period the prevailing Flying Star is 8.  In West there are two Flying Stars 8 in the Mounatin and Water position.  For the Water Star 8 in West, it is definitely good to see water, because water is always good for Water Star.  Obviously, the Feng Shui master who designed the house wanted to utilize the fish pond to enhance the power of the Water Star 8 in West to bring wealth to Mr. Ho.

Unfortunately, there is no mountain in West but only a fish pond.  The Mountain Star dislikes water.  So, the fish pond here adversely affects the Mountain Star in West.  The end result is, the entrance door of the house opens into a direction which is good for wealth but bad for health.  We could boldly predict that the wealth of this family is very good, but the health would not be so.

Remember, Double Star to Water is in principle good for wealth, but you need to make sure by boosting the wealth you do not harm the health.  We shall see how to balance health and wealth in this situation at the end of this case.

What a coincidence, the Mr. Ho couple and their son lived in two rooms where you could find the sickness stars 2 and 5.  In Mr. Ho’s room there is a 2 – 5 combination, while in his son’s room the combination is a reverse, i.e. 5 – 2 (in green circles).

If you have been reading my notes carefully, you don’t need my hint to tell what the problem is.  When there are two sickness stars in a direction, we should never place the bedroom here, otherwise the occupant’s health would be bad!

I asked Mr. Ho if his family suffers from sickness frequently.  Mr. Ho said yes, and that’s why he asked for my help.  I told him that the Feng Shui master’s design of the two bedrooms is totally wrong.  The fish pond is correct but there would be a side effect of bad health.  Mr. Ho was so surprised to know the truth.

Secondly, I asked Mr. Ho to relocate the bedrooms.  Luckily, there were two empty rooms for guests that they could utilize, one of them was even located in Northeast, which is where the Flying Star 9 is the Mountain Star.  You know in the Eighth Period the Flying Star 9 is the second best star.  Although the rooms are smaller, health is more precious than the size of the bedroom, right?

This case is quite interesting.  It is not directly related to health, but how Feng Shui affects the safety of the people in a house.

The subject building was built in the Seventh Period.  It was a two-storey house owned by two brothers.  The elder brother and his wife occupied the ground floor, his younger brother, his wife and his daughter occupied the first floor.  All people need to good through the main entrance on the ground floor before going upstairs.  This entrance door opens into West.

Below is the Flying Star Map of this house: From the face of this case, since the Water Star in the Facing Direction (West) is 7, and the house was built in the Seventh Period, the two families should have enjoyed a period of good wealth.  In fact, the two brothers operated a company with very good results.  However, the business turned bad since the middle of the first decade of the 21st century, i.e. since around 2005.

This result is predictable.  Once Eighth Period began in 2004, the positive effects of the Flying Star 7 gradually faded out.  Since the Water Star of this house turned bad, the wealth of the family declined as well.  The brothers told me that the business worsened since 2005, finally the co-owned company dissolved in 2009.

And this is not the end of the nightmare.  The families began to have conflicts.  At first the focus of the conflicts was mostly related to the company.  The brothers blamed each other’s incapability for causing the closure of the business.  And gradually the disputes spread over to other topics, big and small.

Year 2011 was the worse year.  The families had quite deep conflicts between each other.  Besides, the elder brother was sued by a business partner.  And the first floor that the younger brother occupied had a small fire since the kitchen was burned.  The families asked for help in 2012.

From my point of view, the Flying Star combination in West, the entrance door direction, was the root cause.  Firstly, the 2 – 7 combination in the Mountain and Water positions are, when non-prevailing, very likely to cause disputes.  Interestingly, the disputes would usually be started between female.  I could boldly determine that the two brothers’ wives are those who had the gossips and conflicts for most of the time.  I asked the brothers and they admitted that with embarrassing faces.

Secondly, the three Flying Stars in the entrance door direction were 2, 7 and 9.  In the first Double Star Interpretation lesson, I have told you that when non-prevailing the 2 – 7 combination is easy to cause fire accident.  Besides, the 7 – 9 combination has a similar effect.  With all three stars here, fire accident could happen easily.

When aggravates the case was that, in 2011 the Yearly Flying Star in West was also Flying Star 9.  This is equivalent to adding another “inflammable” Flying Star 9 to the combinations.  This Flying Star itself has a “fire” nature, you can tell how bad this combination is.

Besides, West was also the San Sha (三煞 in Chinese) direction, which is a very bad direction for disputes and even personal injury.  Unluckily, after the fire of the younger brother’s house, he had a renovation of his kitchen which was located in West.  Having building works in San Sha direction would trigger bad luck…

There were some other minor Feng Shui problems in this house, but by addressing the above major problems most of the troubles could be eliminated.  Once major thing to do was to repaint the entrance door.  No more red because this color could add to the fire risk.

Thanks for reading this lesson.  This is the pen-ultimate lesson of the Feng Shui Master Class.  The next lesson will be our final one in this Master Class series.  After attending these lessons, you have already learnt a good deal of skills to be a professional Feng Shui master.  What it takes will be experience.  This is why I have arranged these case studies for you.  Next week we will see some other cases.