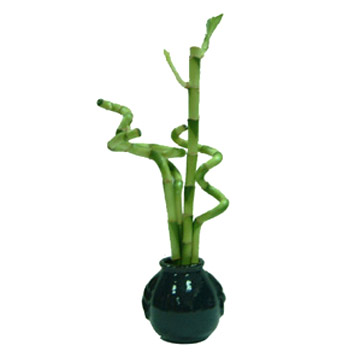 Welcome back to the Feng Shui Master Class.  In the past few weeks we have learnt how to interpret the effects of any two Flying Stars combined.  Please be reminded that what I taught are theories only, you really need to practice and apply the rules to different real life situations, so that you could really appreciate the effects of each combination.

If you are detail minded enough, you would notice that most of our discussions in the past few weeks were focused on health and wealth.  This is not without reasons.

Secondly, Chinese in the past were very concerned about these two matters.  They believes that once both goals are achieved, they live a complete and happy life.  This is why Chinese Feng Shui has been so concentrated on health and wealth.

However, in modern days things are quite different.  We certainly care about our health and how much money we make, but these are never the only goals.  If Feng Shui is only effective for bringing health and wealth, it would not be so fascinating.  Of course, Feng Shui is definitely not almighty, but it can be very powerful if you know how to use it properly.

So, starting from this week, we will look at how Feng Shui could help us to achieve goals not directly related to health and wealth.  I said “not directly related”, because some goals do need good health or money to be reached.  We shall see more examples soon.

This week we shall look at ways to facilitate children’s study and our job promotion in the workplace.

Among all double star combinations there are a few that are good for study and career.  Let’s go through them one by one.

When both Mountain and Water Stars are 1, this combination means intelligence, which is definitely good for children.  If luckily your house has a direction where both stars are 1, you should definitely move your children’s desks to this corner.

This combination also has another effect of bringing good interpersonal relationship.  So for those who work in the office, it would be great if your own room or desk is located in a direction within the office where the 1 – 1 stars are situated.

[contentbox width=”550″ borderwidth=”0″ borderstyle=”none” bordercolor=”000000″ dropshadow=”0″ backgroundcolor=”F5C9C9″ radius=”0″]This is the end of the preview of this lesson. Members please log-in to read about using Feng Shui to help study and career in full details. Not yet a member? Apply now for $1 only!!![/contentbox]

This is 26th week’s content. Please wait until the 26th week of your subscription. Thanks.

For the working class, this combination is particularly good for the white collars.  It would have not much effects for those who work in the police force or military service.

The 1 – 6 combination is mainly related to intelligence.  Besides, it could also bring generally good wealth.

As I said, Flying Star 4 is very good for study and job promotion.  The double 4 combination could be considered the best combination for these goals.

In this combination, the Flying Star 4 brings good study while Flying Star 9 is supposed to bring happiness.  When both combined, you could imagine what good effects they could bring.

Similarly, 9 – 4 also has positive effects similar to the 4 – 9 combination.

How to Trigger the Good Effects

Now we know what combinations are good.  Then we need to know how to make the most out of them.

The simplest way is, of course, placing the desk in this direction, no matter at home or in the workplace.  This is also the best use of the good combinations because we work 8+ hours a day there to capture all the positive energy.

It would also be good news if this combination appears in the entrance at home.  This means that all occupiers of the house are likely to be benefitted.  Even for those who are not studying or retired, these combinations could still bring intelligence. To further enhance the effects, even if the desk is already in these directions, you could consider placing a vase and put four lucky bamboos on the desk.  Flying Star 4 is a lucky star for study and job promotion for white collars, we try to trigger the good effects by placing something of wood nature in green color in the quantity of 4, since “wood”, “green” and “4” are all favorable to Flying Star 4.

Or, if you cannot practically place the desk here due to limitation of space, you could still consider placing the lucky bamboo in this direction even without the desk in the same direction.

What If None of These Combos Appear in My House?

Right, not all people are so lucky to have anyone of these combinations at home or in the office.  I do not live in such a house nor work in such an office.  Yet, our life must go on, it’s not the end of the world.  There are ways to help ourselves in Feng Shui.

The method I’m going to introduce requires only your birth year.  The rationale behind is that everybody born in a particular year was affected by some stars.  It’s like the Flying Star Map of a particular person.  By looking at the disposition of stars in this “personal Flying Star Map”, we know the good and bad directions.

This method is relatively coarse, it simply categorized people into groups.  On the other hand, this method has the advantage of easy to use while having good effects.  It would take another 30+ lessons to learn how to find out the exact “personal Flying Star Map” of a person, so for now this would be a good solution to Feng Shui learners like you.

Here are the directions and people who would be affected:

The above are good directions for people born in the respective years, if they are looking for good study, examination results or job promotion.

The method of utilizing these directions is exactly like what I described above.  The best way is to place the desk here, no matter you are a student or white collar.  Or you should place a vase with four lucky bamboos here.  It would also be great to have the main entrance here, but it would only benefit the occupier who was born in the relevant year.

So, we have finished learning how to use Feng Shui to get the best luck for study and career.  I hope you find these method useful.  These are easy to follow methods with great power.

We shall learn some other Feng Shui methods for other goals next week, stay tuned!