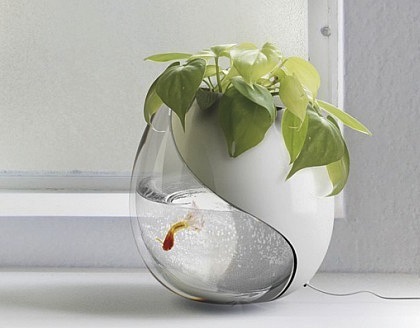 Welcome back to the last lesson of the Ba Gua Feng Shui essentials series.  In the last two lessons we have learnt the nature of the eight Xing-yaos (星曜) and how to find out the directions of your personal Xing-yaos.  We also knew how to maximize the use of the lucky Xing-yaos.  This time we shall look at the Xing-yao locations in different houses.

Ba Gua Feng Shui, and most other Feng Shui theories, examine the relationship between people and the living space.  If there are eight Xing-yaos belonging to you personally, there should also be eight Xing-yaos in different directions of the house.  Our aim is not only to find out your lucky directions and make use of them (which we learnt in last week’s lesson), but also to match your own Xing-yao locations with those of your house.  It is just like buying a car, if you enjoy the excitement of speed, you would look for a racing car.  If we put you in a family car, you won’t feel like driving it.

Once again, let me clarify the difference between the Ba Gua Feng Shui being taught here and what most other Feng Shui web sites tell you.  The authentic Chinese Ba Gua Feng Shui theory classify people and houses in eight types.  The reason is simple, there are only eight Guas (卦) in the universe (Ba Gua means eight Guas in Chinese, Ba means eight).  If you have read I-ching (易經), the Chinese philosophy book which is also the origin of most Feng Shui and Chinese astrology systems, you would know that there are only eight Guas and we categorize everything in the universe into eight types.

Now let’s begin our last lesson of the Ba Gua Feng Shui essentials.  To refresh your memory, here are the eight Xing-yaos you need to know and memorize:

The four lucky Xing-yaos are:

The four unlucky Xing-yaos are:

You may refer to the first Ba Gua Feng Shui lesson for detailed explanation of each Xing-yao and how to use them.  They are not universal in their disposition, in fact each person has his/her own Xing-yao map which has the eight Xing-yaos in eight different directions.  In the second Ba Gua Feng Shui lesson we have seen there whereabouts for eight different types of people.  Some students said that it is not easy to remember them, so this time I reproduced the information in graphical form: In the last lesson we learnt that the Western group Guas are Qian, Gen, Kun and Dui while the Eastern group Guas are Kan, Zhen, Xun and Li.  Do you know why they are grouped in this way, and how we could use this Eastern/Western distinction to create good Ba Gua Feng Shui?

This is tenth week’s content. Please wait until the tenth week of your subscription. Thanks.

Assigning Xing-yaos to Your House

The above are the Xing-yao maps for people, but they are also the Xing-yao maps for houses.  In other words, we categorize people into eight types each with a Ming Gua (命卦), at the same time we also categorize houses into eight types.  Each house belongs to a Gua.  No matter the Ming Gua of a person or the Gua of a house, every Gua originates from the Ba Gua theory in the I-ching book.

We measure the direction of the entry (i.e. the entrance door) from the center of the house.  So we stand in the middle of the house, take out a compass and check in which direction does the main door locates.

Then, according to the list below, we find out the Gua of the house.  Then, refer to the Xing-yao maps above, we assign the Xing-yaos into eight directions to the house.

Don’t understand?  No problem, let us see an example.  The following flat has an entry in the Northwest direction (please note that the North is in the bottom and South is on top in this image).  So this is a Xun House. According to the above Xing-yao map for Xun, the four lucky directions are in East, Southeast, South and North, so we can say that this is a Eastern group house.  Unfortunately, two good directions are used as a patio and laundry area only, this is a waste of the good effects of the good Xing-yaos.

Remember in the last lesson we mentioned that the best use of good Xing-yaos is to put the main door or bedroom there?  The (kind-of) good news is the living room is in a good direction too, meaning that the longer the occupants stay there the better their luck and health would be.

The overall verdict is that this house is not good.  The major uses including bedroom and main entry are found at where bad Xing-yaos locate.  The good directions are not given proper use.  If I were the designer who could decide on the layout, I would turn the laundry area into a bed room.  May be the covered patio as well if that’s technically and legally feasible.

Combining the House’s and the Occupants’ Xing-yao Maps

The last step of doing Ba Gua Feng Shui is to combine the personal Xing-yao map and that of the house. We do this to find out if there are any common good directions and bad directions.

Basically, an Eastern group house is good for an Eastern Ming Gua person, because the good directions are the same.  For example, the house in the above example, set aside the bad placement of rooms, is good for Eastern Ming Gua people such as Ken, Zhen, Xun and Li.  Simply put, when East meets East (and West meets West) the Feng Shui is the best.

A few questions would naturally come out.  The first one is, if there are more than one occupants in a house, and they belong to different Ming Guas in different groups, how could we do Feng Shui?  Usually Ba Gua Feng Shui masters would identify the major occupant (e.g. the bread-winner) who would need the best Feng Shui effects.  But this does not mean that the other occupants could not enjoy good Feng Shui.  Since people stay in their bedrooms for at least 8 hours a day, we could build bedrooms in good directions for a particular person.  Although this may not be a good direction of the major occupant, there is no problem as the major occupant does not live in that room.

The second question is the what if the house’s Feng Shui is in opposite to the person’s Feng Shui.  This happens if, for example, a Western Ming Gua person such as a Qian person lives in a Xun house, all good directions of him/her are bad directions of the house itself.  Frankly speaking it would be very hard to do Feng Shui here.  But if we really need to do Feng Shui, the personal Xing-yao map should prevail.

This is the end of the 3-lesson series on Ba Gua Feng Shui.  After finishing these 3 lessons, you would be quite knowledgable in authentic Chinese Ba Gua Feng Shui, as should be capable to do Feng Shui.  Practice makes perfect, in the next lesson we would spend some time on some real life cases, to give you a chance to learn how to apply everything you’ve learnt in the last 10 lessons.  I’ll demonstrate the whole process of analysing form Feng Shui and using Ba Gua Feng Shui to propose the best interior design.  Stay tuned!

One of the most frequently asked question about Feng Shui is how to bring wealth.  Money is perhaps the most wanted thing on earth.  According to Chinese Feng Shui theories, there should be at least one direction in the house which is regarded as the wealthy direction.  However, it is not easy to find out this direction in a house.  I shall teach you how to find out this direction in much more detail when we learn Flying Star Feng Shui, but for now, I want to share with you a simple method that is quite effective.

What you need is to find out the direction where the main entrance of your door/flat faces.  You can simply follow the method mentioned above to do so, i.e. stand in the center of the house/flat and measure the directions using a compass. The final step is to put a small aquarium with one fish here.  Alternatively you can put a green aquatic plant here.